In 2010, iiINTERest launched its first activities to improve food security among the poorest families in West Bengal. The food security project was intended as a long-term effort that would eventually protect families from hunger and malnutrition. The project has been through several phases and is now in its forth phase. In this phase we have succeeded in establishing a collaboration with the West Bengal state government, whose contribution has a value of approximately 33 million DDK.

In 2012, a partnership project resulted in the creation of our education project. The education project, the second phase of which is now being executed, aims to raise the level of a contextually more appropriate education, while reducing the number of young people who do not finish school.

In 2018, iiINTERest launched a handicraft project aimed at preserving traditional Indian handicrafts, as well as collaborating with artisans to develop the quality and creative expression of their materials so that the profession can remain a dignified source of survival.

Projects on a timeline: 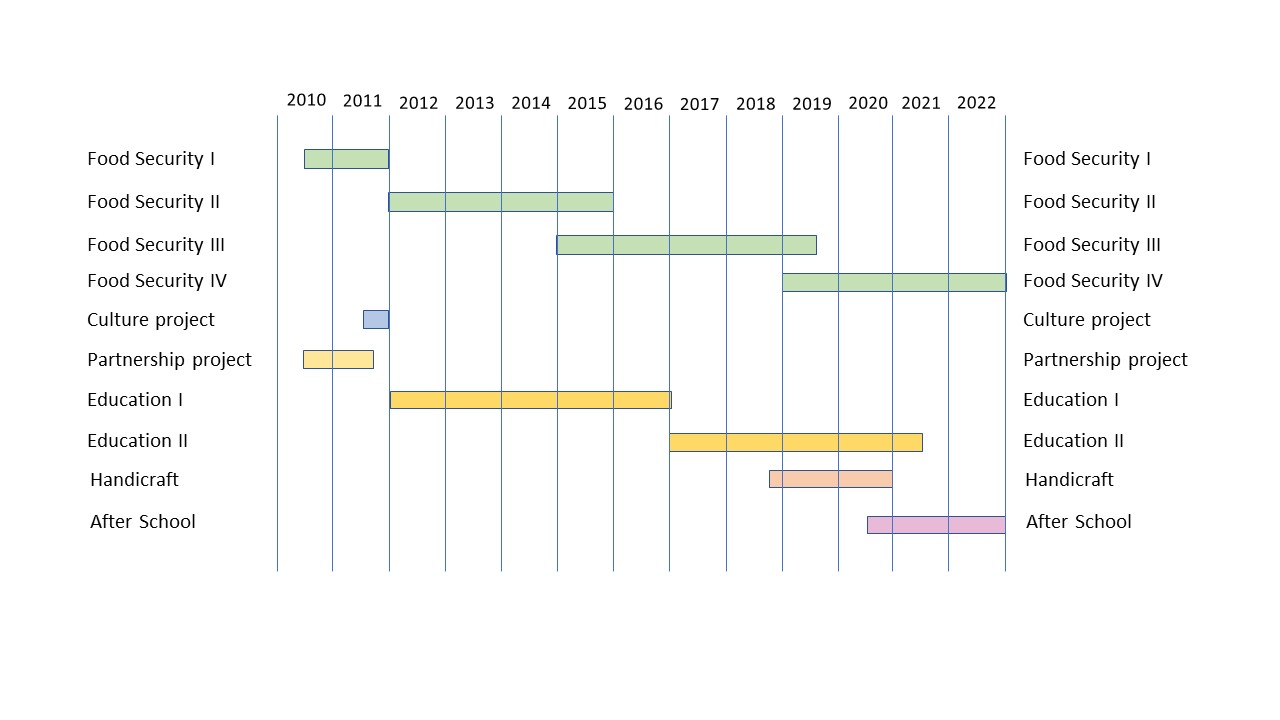